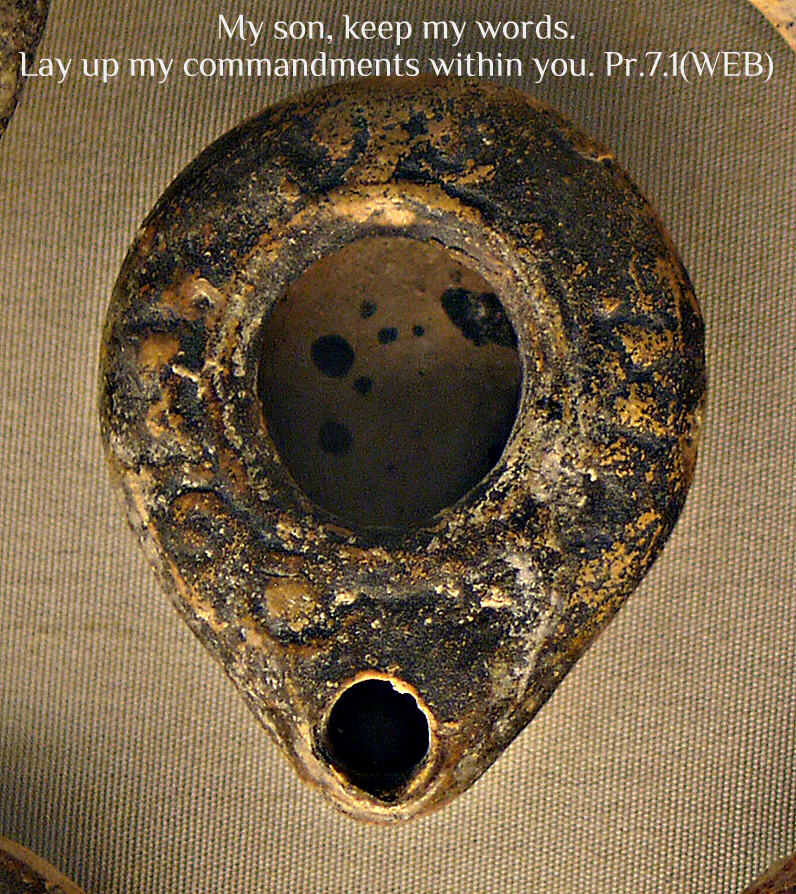 Here is an example of an early “molded-type” of pottery used for oil lamps. It is probably later (younger) than the “turned type” of lamps. The artifact is just not in very good shape compared with older lamps using more primitive methods.

Clues which indicate it is produced from a mold are the faint decoration on its “shoulder” and the evidence of the joint on the lamp’s side. There were two molds at least and multiple tops if the potter wanted to feature various decorations (the bottom mold could be the same). The clay was pressed into the mold; then, after drying partially, the two pieces would be joined with the seam smoothed out.

It is hard to ascertain when the molded lamps developed but it is a later method of production. Also, in some places, oil lamp pottery could have been produced by molds while they may have still used the wheel in other places until the technology or economics caught up with the culture.