Early Christianity recognized the allusion to Christ in Ps. 91. The impetus for this understanding undoubtedly comes from the account in the Gospels where Christ is tempted by Satan. The devil took Jesus to the pinnacle of the Temple and and challenged Him to throw Himself down since, He will command his angels concerning you, and they will lift you up in their hands, so that you will not strike your foot against a stone (Mt. 4.6b NIV). The devil quotes Ps. 91.11-12 as referring to the promised Messiah since the very next verse (Ps. 91.13) prophesies the devil’s demise: You will tread on the lion and the adder; the young lion and the serpent you will trample underfoot (ESV).

The Tempter knew about the riddle of Gen. 3.15 and was trying to see if Jesus was the One who would crush him: “He will crush your head, while you will pierce His heel” (my translation). The Devil guessed wrong about Jesus and caused Him to be crucified, and thus, made Jesus a sacrifice for sin (offered by two Jewish High Priests: Caiaphas and Annas). The crushing part will happen in the future when Christ returns, so Christ was sacrificed once to take away the sins of many; and he will appear a second time, not to bear sin, but to bring salvation to those who are waiting for him (Heb. 9.28 NIV). Therefore, even though the Tempter literally caused Jesus’ heel to be pierced in the crucifixion, that act demonstrated God’s love and provided a sin offering for humanity.

Since death could not hold Jesus, He obtained justification of humanity through His resurrection (Rom. 4.25). The Devil made his biggest mistake by letting Jesus be crucified since it opened the door for the Spirit to indwell humans in the New Covenant (which couldn’t happen, it seems, until Christ was glorified-Jn. 7.39). Now Christ indwells and protects His people in ways He couldn’t previously. 1 Cor. 2.8 speaks to this new reality: None of the rulers of this age understood it, for if they had, they would not have crucified the Lord of glory (NIV). This is a reference primarily to the spiritual entities and human rulers secondly. These were the powers, principalities, rulers of this dark world who mistakenly enabled Christ to redeem His people and send the Holy Spirit in their hearts as a deposit (see Eph. 6.12).

Here are some artistically wrought ivory book covers depicting Christ treading upon the “young lion and cobra” of Ps. 91.13: 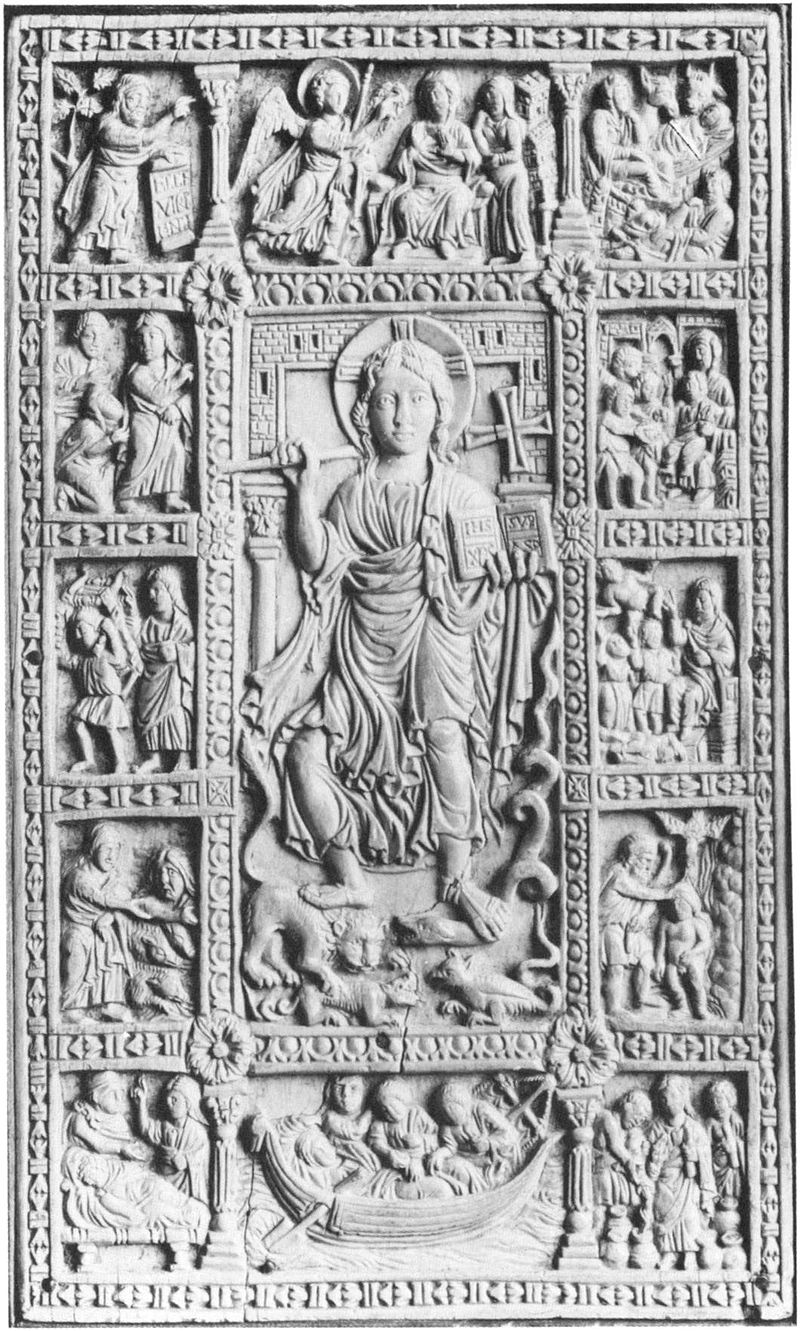 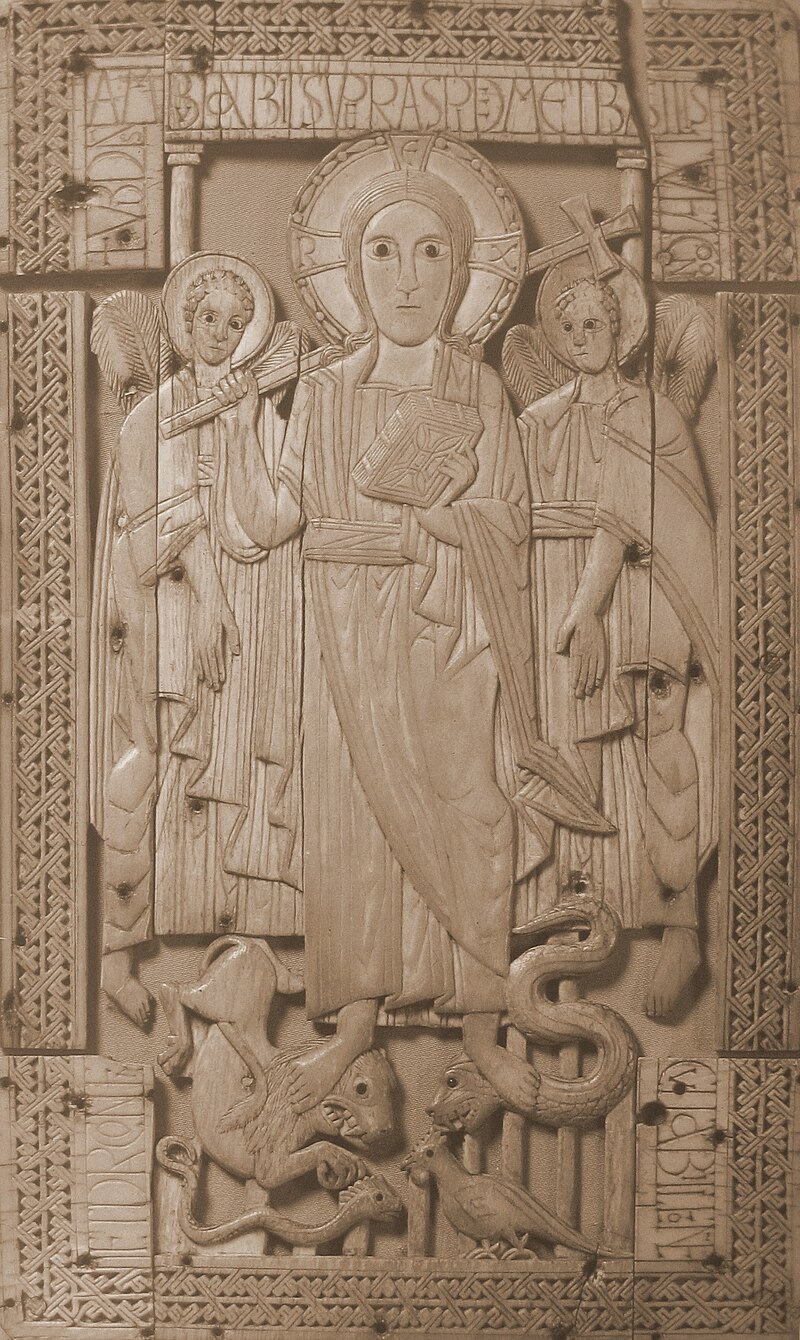