“Don’t Be Talkin’ About My Mama”: The Black Family in Politically Conservative Discourse

Today I’m writing about something I did not expect to write about early this week. Once again it’s something that’s captured my attention in the wake of the Martin/Zimmerman situation, specifically in a couple of conservative responses to the trial and the protests that followed. A couple persons have either tweeted or left in the comments thread video reaction from conservatives responding to what they see as “race baiting” in the Zimmerman affair and offering what they believe to be the unvarnished truth about Black America’s problems. I’m speaking of a Bill O’Reilly “Talking Points” video and a video from Bill Whittle called “Afterburner: The Lynching.” The videos both use a newsroom backdrop and feature a monologue from the hosts. Though there were some differences in what was presented and some details, both videos narrowed their focus at one crucial point: the African-American family.

Essentially, both conservative hosts pinned all the problems of African America on the breakdown of the Black family. In a pretty typical conservative point of view, they emphasized personal responsibility in things like sexual behavior, marriage, and so on. That, we’re told, is really the problem in the African-American community. And both guests wonder, “Why isn’t anyone talking about that?” Civil Rights leaders are castigated for ignoring the real problems and instead bottom-feeding on the country’s “racial” weaknesses. They’re presented as opportunists of the worst sort, unable or unwilling to face “the truth.”

After getting this comment a couple times in comments threads and seeing it passed along in social media, I grew concerned at two basic weaknesses or fallacies in the argument. Let’s look at them in turn.

Is Marriage and Family Structure the Solution to the Black Community’s Problems?

O’Reilly and Whittle get some things correct. One is that there is a near social science consensus (an extremely rare thing–like dodo birds!) on the relationship between family structure and the well-being of every member of the family. You can state this scientific truth in a number of ways. It’s been tested over many years, in many settings, across the researchers’ own ideological perspective with the same result. Children raised by married biological parents are significantly better off compared to children raised in every other family structure. The families that tend to face the poorest outcomes are children raised in single-parent (usually a mother, sometimes a grandmother) poor households. Marriage provides stability in multiple ways, and that decrease in family turbulence leads to better outcomes for children, mothers, and fathers.

As stated, this is a research consensus that, apart from a few important caveats about the quality of the marriage (absence of abuse, etc.), holds across ethnicity and across time. So why the fuss in this blog post?

Well, a half-truth masquerading as the whole truth is a complete untruth. There’s significantly more to consider than just family structure. Reducing the discussion to personal responsibility and family structure, while necessary, doesn’t begin to account for where the story of the African-American family begins in the U.S. It’s rarely said, but single parenthood was not a feature of Black family life until the Transatlantic slave trade. It won’t be popular to say in politically conservative circles, but instability in family structure in the Black community is a direct result of enslavement. And we don’t have to go all the way back to 1619, though the effects of slavery on the African-American family is undeniable. In addition to slavery, the African-American community still feels the long history of personal and systemic discrimination in this country, against African-American men in particular. To jump into a discussion of family structure without at least acknowledging either the long or recent historical context that first created family instability is at least irresponsible and at worst dangerously misleading. There’s much more to the story.

The story of family structure occurs in a broader social and economic context that currently circumscribes the ability to form healthy families in the first place. As we tout marriage for all its worth–and we should–we need to also tell the many other well-researched stories that are relevant. Take, for instance, the story of employability and job availability. The last forty years has seen entry-level jobs simultaneously decline in number and  move from inner-cities to suburbs and in many cases other countries. Consequently, there are fewer jobs in the city and less accessibility to the jobs that around the city. This decline in entry-level employment opportunity disproportionately affects African Americans who have a higher rate of low-skilled workers compared to other ethnic groups because of the history of unequal education and discrimination. Employability affects marriageability.

And so does education and criminal history. Here’s the cycle: Boys grow up in sub-par schools whose federal support (already a smaller percentage of support) was cut significantly in the last two decades and whose local support is often times funded by property taxes (which, concentrates resources in the most affluent areas, or, to put it negatively, discriminates against the schools and children who most need resources). The substandard education many receive leaves them ill-prepared for a competitive and tight job market. Many students in this cycle get involved in petty crimes, for which they receive stiffer penalties than their white  counterparts committing the same crime. That criminal history now makes it even more difficult to find employment and pushes individuals deeper into underground and criminal economies. Which, again, makes such a man less likely to marry and less desirable as a marriage partner.

I could go on with other marco-economic and policy issues that have significant deleterious effects on the African-American family. Many of those policies have nothing to do with “race” on the face of it. But they do end up affecting weak families and communities more drastically. If you’re interested to think more about these kinds of issues and their effects on the African-American family, along with a discussion of how some cultural attitudes play into this, I can’t think of a better research-based yet smooth reading work than William Julius Wilson’s More Than Just Race: Being Black and Poor in the Inner-City. If you want to be “fair and balanced” in your understanding of these things, I’d recommend Wilson’s internationally acclaimed work over the likes of a ten-minute sensationalized and snarling “journalism” segment.

I should say one other thing before I leave this section. The above story is the story of my family. My mother is a never-married single mother of eight children. She raised us with the kinds of values we describe as “middle class” or even “conservative.” Turns out, according to research on African-American attitudes toward family and personal responsibility, she’s not an exception. She’s just like most African Americans in the country, even in the toughest neighborhoods facing the toughest social problems. And my family follows the research pattern on family structure. Three of the four males are divorced. Two of the three sisters married late in life. Only one of the three sisters married before having children. Their children replay the research patterns so far. So, when the O’Reilly’s of the world rail against “the family,” they’re talking about my mama, my brothers and sisters, my nieces and nephews, real people with real lives. What people need is the hope that only Christ can give. What they don’t need is another kick by people who clearly haven’t taken a second to enter their lives.

Is It True That African-American Leaders Aren’t Doing Anything about Black Family Issues?

Off the top of my head, here is the long but very partial list of people and movements that address African-American family concerns:

We could start with Jupiter Hammon’s “Address to the Negroes in the State of New York.” Hammon fills his address with exhortations to honesty and faithfulness, and warnings against profaneness. Despite the vicious onslaught of slavery against the family and human dignity, that’s just what Hammon commends. And he is but one in a long line of antebellum writers and speakers to do so. That’s the 1700s folks.

Or, we could call to mind Dr. Francis J. Grimke (1850-1937), for over 50 years the pastor of Washington, D.C.’s 15th Avenue Presbyterian Church and one of the founders of the Niagara Movement, which subsequently became the NAACP. Peruse the contents of volume 1 of Grimke’s 4-volume collected works and you’ll find a variety of sermons and addresses focused, in part, on the  development of African-American families and character. To Francis Grimke we  could add Daniel A. Payne, W.E.B. DuBois and nearly every other African-American leader of their era.

To cite more recent things, in no particular order, we might name the Boston Ten Point Coalition, the Stop the Violence movement headed by rap artist KRS-1 and others, 100 Black Men of America with its chapters across the country, or the volunteers and staff at Boys and Girls Clubs. Most of these are grassroots movements led by everyday people. In other words, this partial list says nothing about the legions of African-American elites who work on and talk about family issues, like social scientists who focus  on the African-American family, or local politicians who trumpet these issues, or businessmen who sponsor sports teams or the Denzel Washingtons and other prominent entertainers who support mainstream programs like Big Brother/Big Sister and so on.

People think the ruckus involving Bill Cosby and folks like Michael Eric Dyson was some conspiracy to keep the importance of marriage and family structure off the table. To 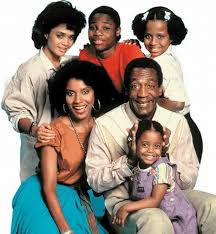 be certain there are ideological differences that surfaced in that exchange. But everyone in the community knows that Cosby didn’t say anything that hasn’t been said in the community for two centuries. What really angered some people was that Cosby, given his stature and the national public platform of the event, took the conversation outside the community where it often has been used against the community by people who have no interest in the community or the entire story of struggle against overwhelming odds.

Which brings me back to Bill O’Reilly and Bill Whittle and other conservatives who speak on these issues. I’m reminded of that powerful phrase inEphesians 4:15, “speaking the truth in love.” Particularly as Christian people, we should have a dual concern for both truth and love, or to use the words of John 1 we should, like our Savior, seek to be full of both grace and truth. When I watched those videos, it was evident that these men were only concerned about “the truth” as they saw it and very little concerned about love or grace. We can all cite the statistics of out-of-wedlock birth in the African-American community and feel good that “we told the truth”–and that only partially. But unless we cite statistics like that with tears and weeping, we’re not likely doing so with grace and love. If we’re going to speak about these things publicly, we should do so the way the gospel preacher ought to speak of hell: With tears and groaning, not with steely coldness and a “to hell with you” attitude. We should know the difference between self-righteousness pretending to be truth, and truth stooping to love.

So, if you care about these things, use one of the many reputable and scholarly resources. Let’s not be entangled with the civilian affairs and approaches that marry a few facts with political ideology. Let us not fail to distinguish conservative politics from conservativetheology–especially where they appear to have some common interest. There’s where we’re most likely to drift toward the world and away from the Bible. Above all, let’s be biblical–which is to say, let’s be loving in all our speech and let’s be slow to speak in the first place and let’s not wrongly regard me according to the flesh or “racial” stereotype.