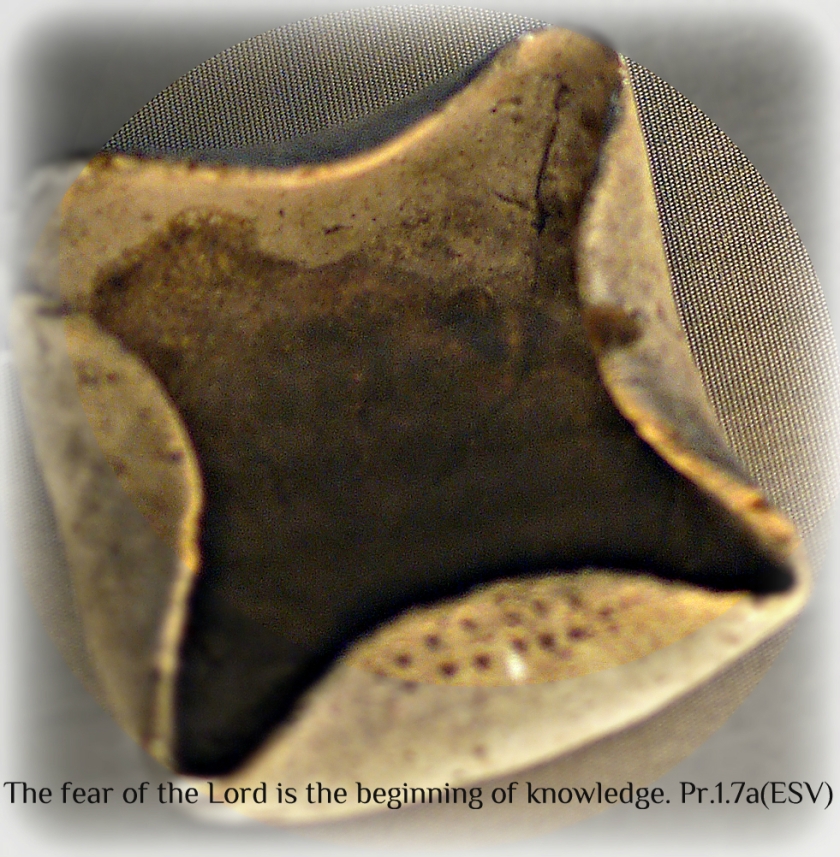 This “saucer type” of lamp consisted of pottery with indentations for the wick. This one would support 4 wicks and so gave more light. It would however use up the oil proportionately as to the amount of lit wicks. The user with this lamp had options as to how much light he wanted to generate.

This “saucer type” of lamp consisted of pottery with indentations for the wick. This one could support 4 wicks and so give more light. It would however use up the oil proportionately as to the amount of lit wicks. The user with this lamp had options as to how much light he wanted to generate.

Apologies for the quality of this picture but I wanted to show this example of one of the earliest types to chronicle clay oil lamp development. This example dates to before 1000B.C. and was a feature in virtually every house or tent during this time. 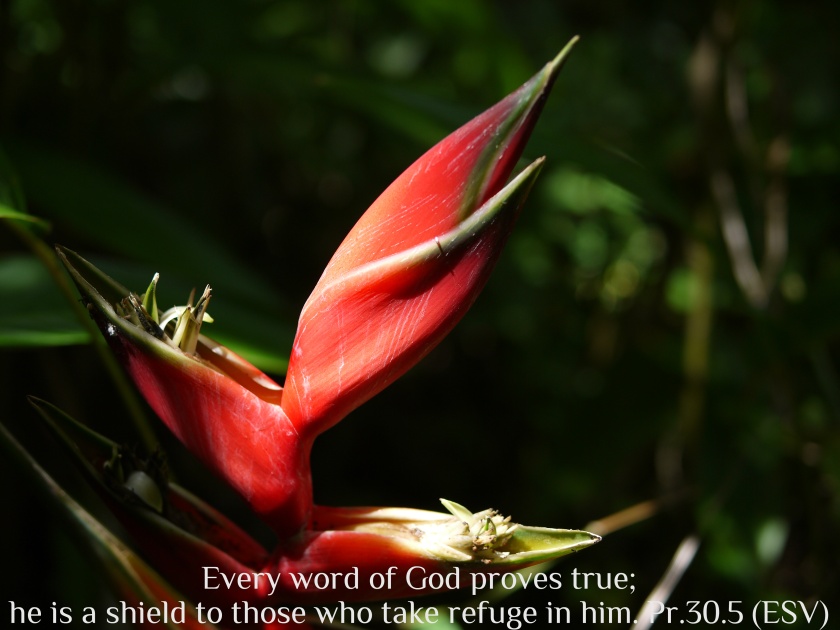 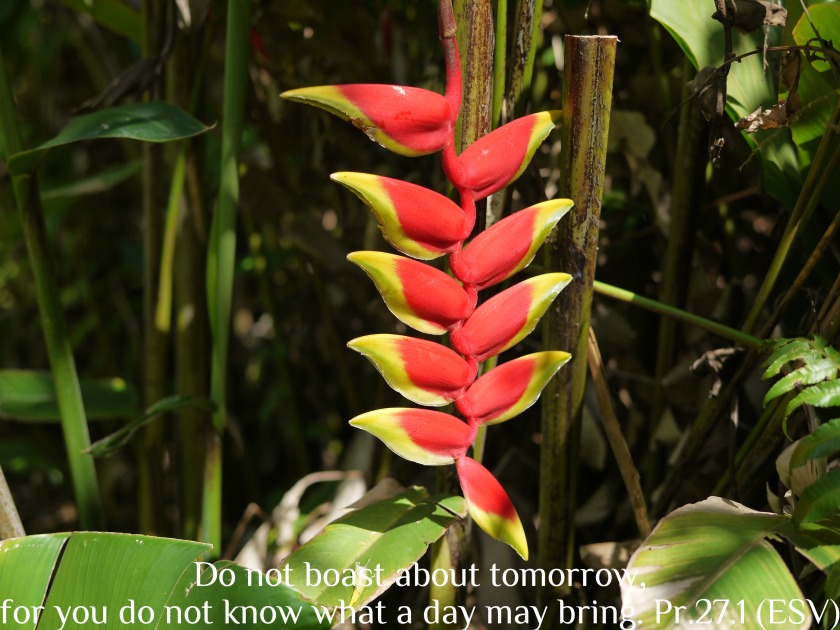 In Matthew.21.1 we have the account of the “Triumphal Entry” of Jesus from the Mount of Olives at Bethphage to the entrance of Jerusalem. This fulfilled the prophecy of Zechariah 9.9 which depicted the Messianic King humbly riding on a donkey and the colt of a donkey. Frequent readers of the Bible will be familiar with the scene of the people spreading their cloaks and palm branches on the path for this procession through the valley from the Olivet Mount to Mount Zion. The Christians later adopted the Sunday before Easter to commemorate this event as Palm Sunday. The praise that Jesus received from this joyful assembly was “Hosanna to the Son of David” signifying Him as the promised Divine King from David’s lineage who would reign over God’s people during a time of blessed security.

The noisy sounds of celebration as Jesus entered through Jerusalem’s gates prompted the onlookers to ask the identity of this person who was receiving such lavish praise. The answer: “Jesus the prophet from Nazareth.” This is of course true that Jesus was a prophet similar to the other prophets sent the Jewish nation previously by God throughout their history. Yet He was more. He was their King, “The Son of David” as many had just exclaimed during His journey from Olivet. He was also the priest in Melchizedek’s line who would soon enter heaven with His own blood to make atonement on our behalf in that greater Temple in heaven as is depicted in the book of Hebrews, the antitype of the earthly sacrifices of the Jewish Nation.

The question some may ask: “why did those in Jerusalem ask who this was if ‘Jesus had gone about doing good’ among the people for a period of about three years?” The answer may not readily be apparent unless one is familiar with the scene, timing, and culture of the Jews.

It helps to know the background of the scene with which we are presented in Mt.21 to answer the question of unfamiliarity of Jesus. This was just before the feast of Passover (Pesach), First Fruits (barley), and Feast of Unleavened Bread. As commanded by God, one of the three periods of the Jewish year where every male of the people were to “appear before God” at Jerusalem. The other times were Pentecost (Shavuot: wheat offering, two leavened loaves) and Tabernacles (Sukkot: summer fruits of grapes, figs, pomegranates, others).

So let us imagine the surrounding countryside: Jews, not only from all over the land of Israel, but from all the other countries were now encamped in the open spaces surrounding Jerusalem in tents. The pilgrims would have their beasts of burden with them, possibly sacrificial animals, and their families too, especially if from the immediate area. The scene would have been a bustling crowd where not every person had direct sight lines or were strangers to the local fame of Jesus. Bible commentators often estimate that the population of Jerusalem would swell to from more than a million to several millions during the time of the Jewish festivals. So it is easy to see the reason for the inquiry of who was the celebrated rider entering into Jerusalem.

This fact of festival attendance also helps explain Paul’s “other occupation” of tent making. A ready market would have existed among the Hellenistic Jews of Asia Minor and Greece who sought to be faithful to God’s command to appear at Jerusalem during these three set times.

Another cultural consideration as to why Jesus was not easily recognizable in this instance as well as at other times could be because of the general appearance of Hebrew men. Clothing, before looms were mechanized, was probably not very distinctive. The cloaks were woolen most likely and possibly fairly uniform. Turbans were maybe all white and prevented easy recognition of a person’s distinctive features. Further, all the men wore full beards which naturally hid the face.

All of these factors make this question a natural one despite the local acquaintance of the people or their leaders who sought to kill Him. So we see how knowing some of the setting helps explain the Biblical text. Although I did not consult it for this article, an old standard on the culture of Israel during the time of Jesus is Alfred Edersheim’s “Sketches of Jewish Social Life” written more than a century ago. It is still a good volume on the historical context of Christ’s life. 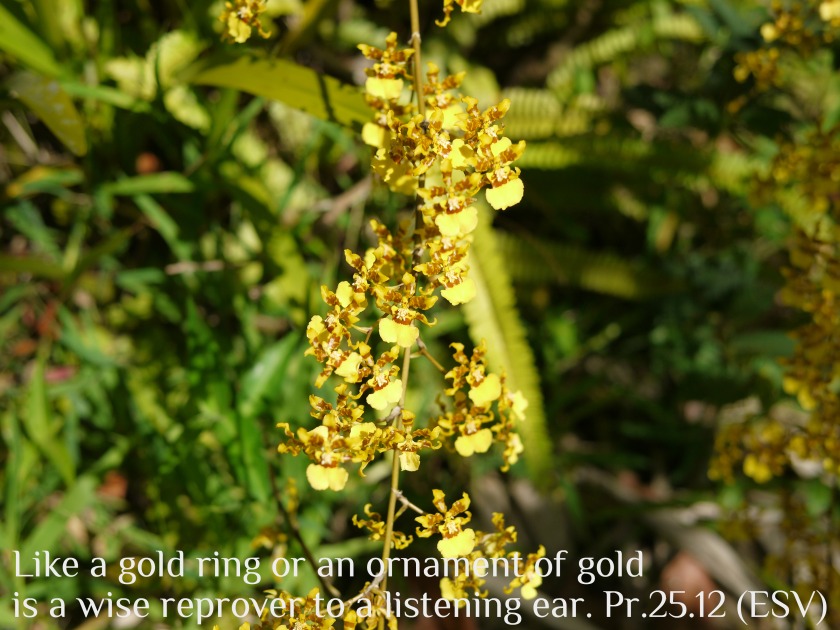 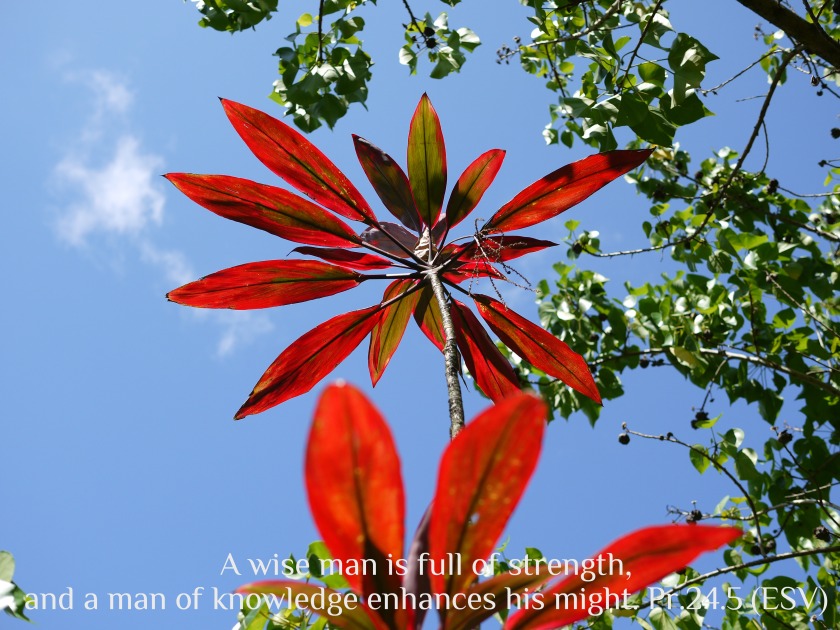 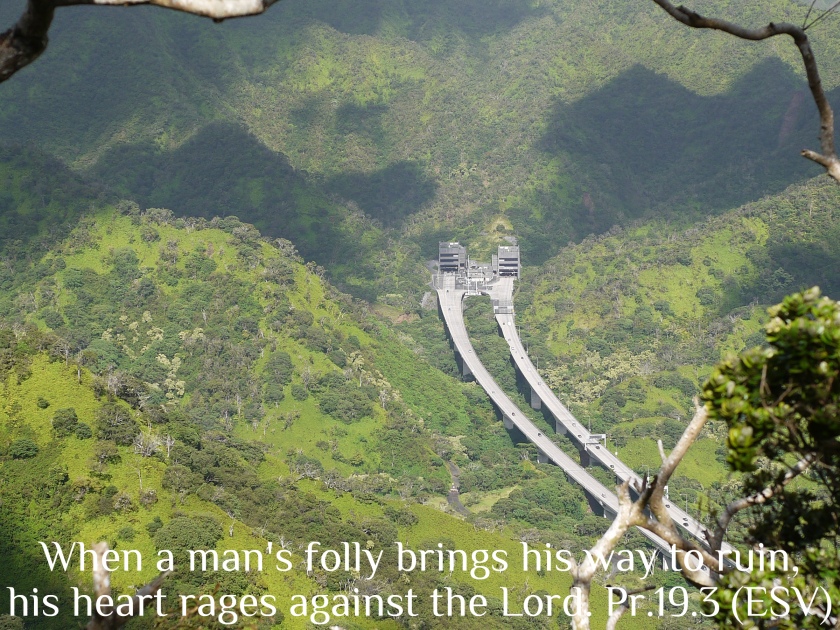 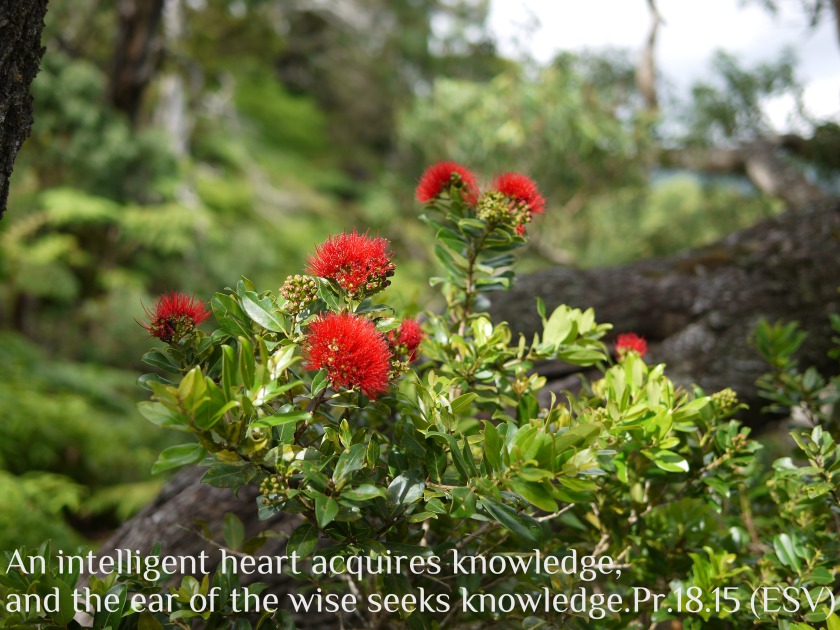 Psalm 119.105: “Your word is a lamp to my feet and a light to my path.” Metaphorically, the Psalmist tells his readers that God’s word enables wise choices for every decision in his life. He uses the revealed truth to keep from stumbling into sin and its consequences. He wants to continue to enjoy God’s blessing uninterrupted.

Ancient Hebrews used clay oil lamps into which olive oil was poured and a wick inserted and protruding outside the lamp was lit and so gave its light until the oil supply was spent or the wick material consumed. These lamps were somewhat similar throughout the Mideast region, and, while I have no pictures of Israeli lamps, the ones from the Greeks, Persians, and North Africa give hints as to the lighting devices of which the Psalmist speaks.

Not all of the pictures are as clear as I would like them to be but think the images portray the device so as to give the idea of the technology of the period. All of the pictures were taken through glass as the museum displayed these artifacts for their preservation. Neither were all of these lamps in the focus field of my camera as it was impossible to separate the groupings and only certain angles produced the best representations. None of the pictures were taken with the camera’s flash function as it was not allowed by the museum.

I was able to isolate 31 images of lamps and will caption a verse or part of a verse from Proverbs with each calendar day corresponding to the chapter in this “Wisdom” book. The title of my post will briefly describe the artifact. 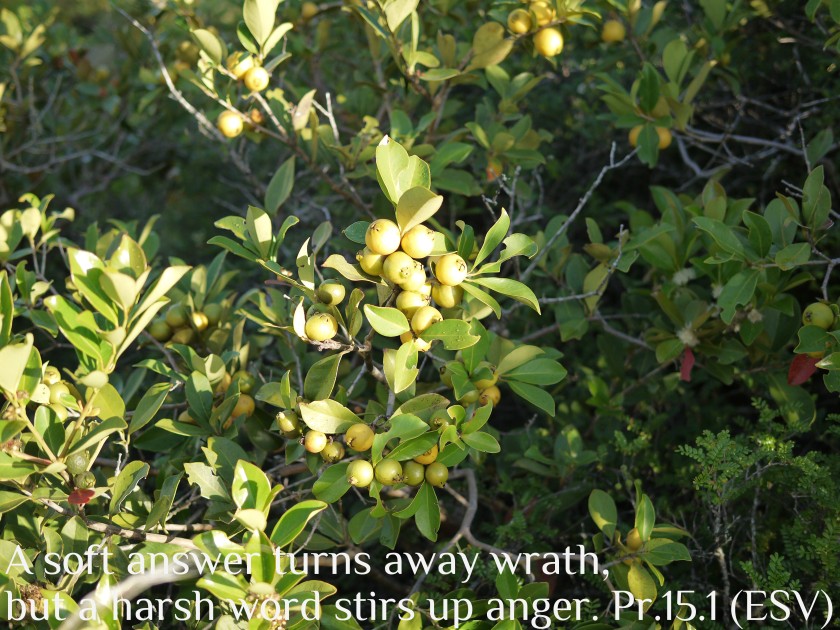 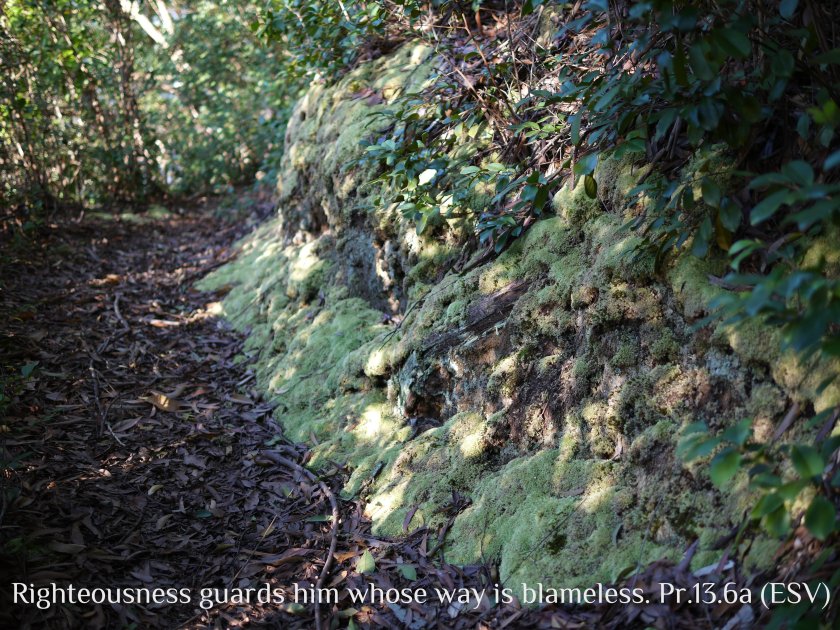 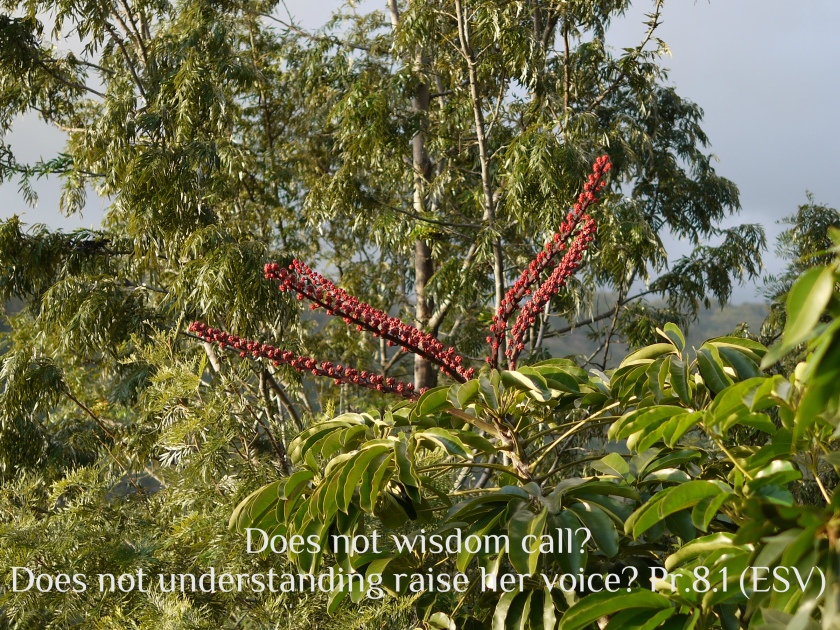 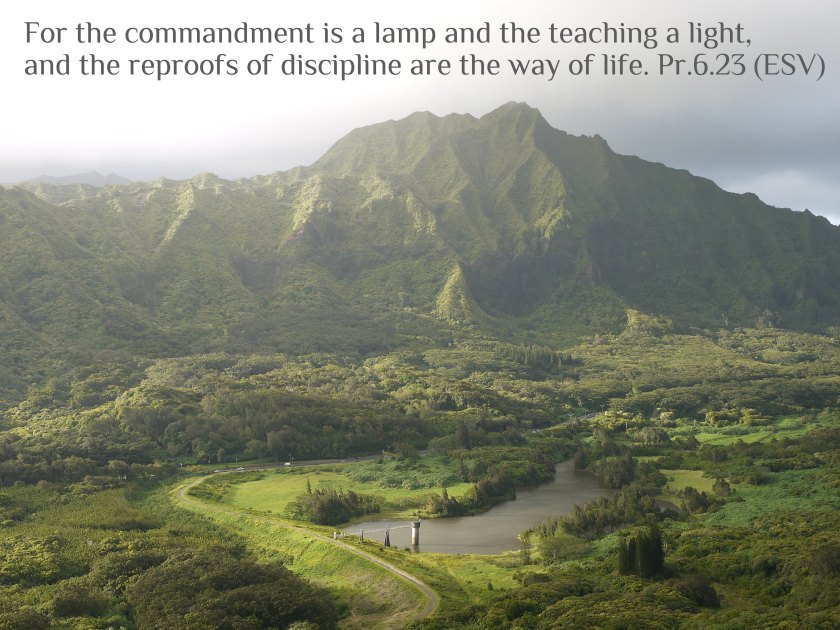